The U-352’s story starts in May 1941 when the German military built the first of the Type VIIC U-boats with more fuel capacity and torpedoes than its predecessor. Commanded by Capt. Hellmut Rathke, the U-352’s 45 man crew prepared in October 1941 to set sail for the waters of the Atlantic. After several months of drills, testing and exercises, the U-352 was deemed action ready and set sail. Almost immediately the crew spotted a convoy and prepared to take action when it was realized they had been spotted. The U-352 barely survived the barrage of depth charges and continued on towards American waters. Less than 5 months later, the U-352 would be sitting on the bottom of the Atlantic.

May 9th, 1942 marked the last sunrise the ship would witness; the boat had moved into the Cape Lookout area looking for convoys. That morning a silhouette on the horizon marked the sight the crew had been searching for- a merchant ship. Capt. Rathke prepared his ship to attack and fired a single torpedo and then was shook with dismay when he realized the ship was not a merchant vessel but was the Coast Guard Cutter Icarus. The torpedo missed its target and the Icarus began an attack of depth charges.

The U-352 was quickly crippled in the first wave of charges and the order to abandon ship was given. Many of the crew were killed in the initial attack and the sub's engines were disabled, leaving Rathke no choice but to order the remainder of his crew to surface the boat and abandon ship. Five minutes later, after bursting to the surface, the U-352 found her final resting place below about 26 miles from the inlet. Several members of the crew were picked up by the Coast Guard: 4 wounded men were treated and 30 other crew members were brought aboard the Icarus. The U-352 remained lost to the Atlantic until 1975. Claude Hull, a history fanatic, had infected several friends, including George Purifoy with the desire to locate the U-352. Claude, George and numerous other divers spent countless days running grid patterns with inaccurate navigation aids hoping to get lucky. During their search for the U-352, they discovered the USS Schurz; although the divers were unable to return to the location of the site for over 10 years. With the development of the Loran-C navigation aids, George Purifoy, Rod Gross and Dale McClough set out for another day of hunting with a rough set of coordinates given to them by Claude.

This April 1975 morning presented less than favorable conditions for the divers; seasoned diver George Purifoy "wished he would die" from the vicious bouts of seasickness that he faced. As the Atlantic violently threw the small Atlantis II boat around, George and his buddies Rod and Dale continued the never-ceasing grid patterns. Unsure of the accuracy of the new Loran-C system, the divers also employed techniques such as trawling for amberjack which commonly hang out at the wrecks. The first pass came up empty. The second pass, however, showed a distinct object lying on the bottom. George, Rod and Dale were cautiously optimistic; they had gotten similar signals from numerous large rocks and other wrecks. Sea conditions continued to beat George’s stomach, but he was able to control his seasickness long enough to jump into the water with Rod and Dale. What they found below brought the group to a vow of secrecy for almost a year…. 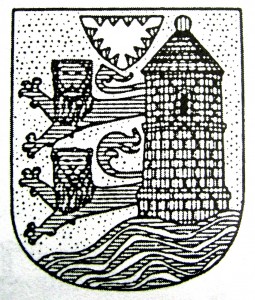 When George, Rod and Dale descended down the anchor line towards the mass below they were greeted with a sight that would change their lives forever. Although visibility was only about 20ft that day, they immediately recognized the chunk of metal as the hull of a World War II German Submarine, the U-352. The discovery had them all excited and cautious-- with the previous Loran-A navigation system, there was no guarantee they could ever return to their exact location again. The group vowed to keep the location a secret; they needed to be absolutely positive of the location before announcing what they had discovered. With the exception of Claude, the divers told no one what they discovered that day.

It would be several weeks before they could return to the site, and they were thrilled to find the accuracy of the Loran-C system could return them to within 10 feet of the sub. Soon word started to travel around the diving community that George and his fellow divers had discovered a new wreck and the Atlantis II frequently had to play "cat and mouse" games to keep other boats from following them out to the site of the U-352. In late 1975, almost 9 months after the first dive on the wreck, the world learned the location where the U-352 finally came to rest on the ocean bottom.

Since its discovery, George and his son Robert set out to notify the surviving crew of the discovery and to bring them to Morehead City. In September of 1985 Olympus hosted the first reunion of the survivors. During that reunion, the "Funkmeister" (radio operator) Kurt Kruger came to George with a request. Kurt described in great detail the location of his personal locker on board and told George that there was a coat, camera, and pistol in his locker. He requested George to bring up the contents of his locker on a future dive. George agreed and brought up the contents of the locker-- many of the clothing items had been broken down by the Atlantic, but the coat remained in almost perfect condition. Kurt was able to positively identify it as his based on the radio operators patch sewn onto the coat. George also recovered a camera and pistol and while it is likely those to belonged to Kurt, no positive identification can be made. Kurt has asked George to keep his personal effects on permanent display at the shop so that everyone can enjoy these beautiful pieces of history.

George Purifoy has recovered many artifacts from the U-352 in order to make these pieces of history available to everyone who cannot dive to the wreck. They remain on permanent museum display in the shop and visitors are welcome to see these artifacts free of charge during normal store hours. Careful procedures have been taken to protect and preserve these artifacts for future generations. We encourage everyone, divers and non-divers to come see these history relics first hand and free of charge.